Murfreesboro, TN, January 10, 2018 –– Today the National Rifle Association (NRA) released their grades for the 14th senatorial district special election. Businessman, Shane Reeves, received the highest grade that can be given to a first time candidate with an “A” rating. Former State Representative, Joe Carr, received a “?” from the prominent gun rights organization. 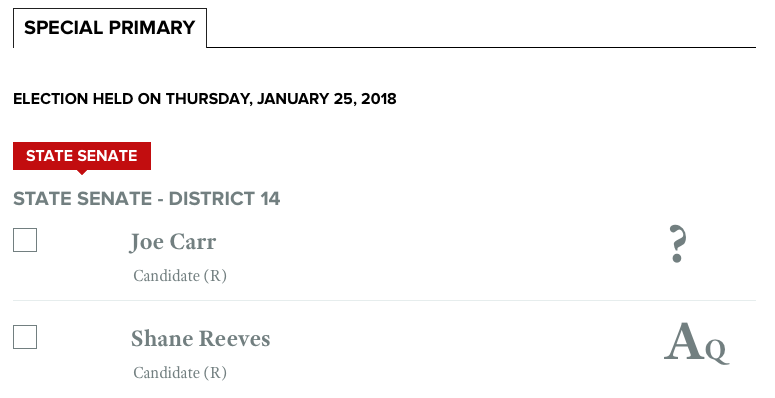 “I am honored to receive the NRA’s highest rating for a non-incumbent candidate. I have a long history of supporting our 2nd Amendment rights having been a member of the NRA since 2005 while also being an avid hunter and member of a few sportsman clubs in the area,” Reeves stated.

This is not the first time Mr. Carr has missed or skipped out on important issues related to the NRA and gun rights as he missed a 2nd Amendment vote as a state representative back in 2013 to attend a country club fundraiser for his unsuccessful congressional campaign.

Reeves continued, “As state senator, I will continue my support of our second Amendment rights and work to build upon the positive policy changes that have passed over the past several years under the Republican leadership in the Tennessee General Assembly.”