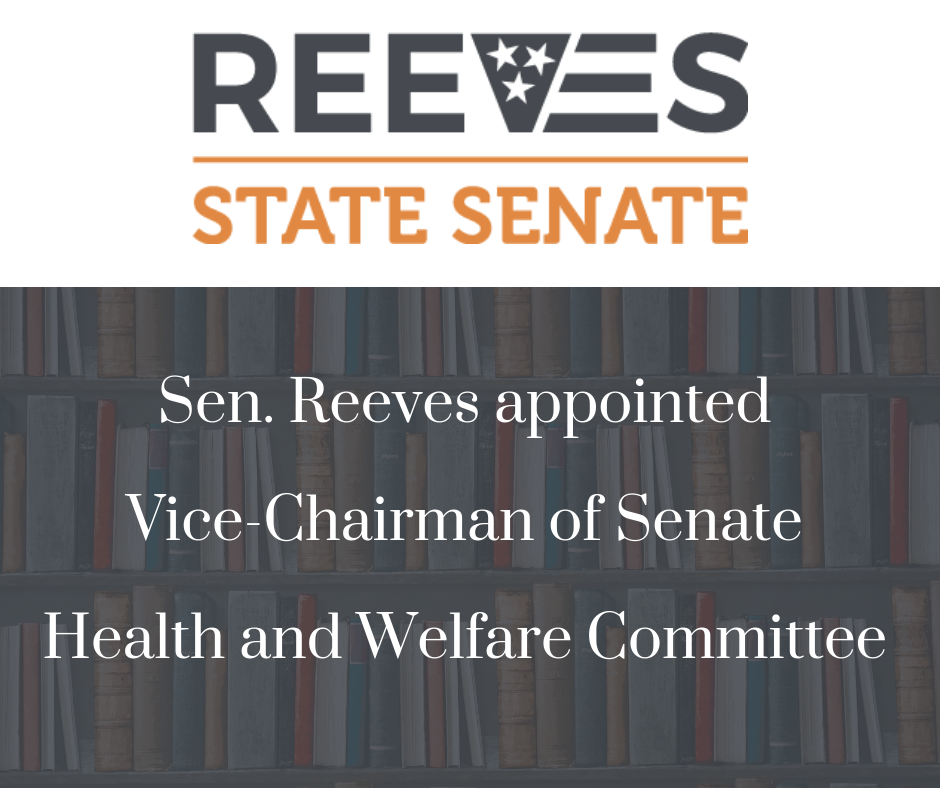 January 14, 2019 — State Senator Shane Reeves has been appointed as a ranking officer of the Senate Health and Welfare Committee.  The appointment of Reeves as 2nd Vice-Chairman of the committee was made by Lt. Governor Randy McNally as the General Assembly prepares to close the 2019 organizational session on Saturday.

The committee is responsible for legislation dealing with all aspects of health and public welfare, including hospitals, nursing homes, various health care professions, and services for mental health, the developmentally disabled, and the aged.

Lt. Governor McNally said, “Senator Reeves’ experience as a pharmacist and health care executive makes him a perfect fit to serve as 2nd vice chair of our health committee. Shane has made a big impact on the Senate during his time in Nashville. I know he will continue to make an impact as a vice chairman.”

“All of these committees are very important to our Senate district,” said Sen. Reeves.  “I appreciate the confidence Lt. Governor McNally has placed in me to serve in these positions in the Tennessee Senate and am ready to get to work on the challenges ahead of us in the 111th General Assembly.”