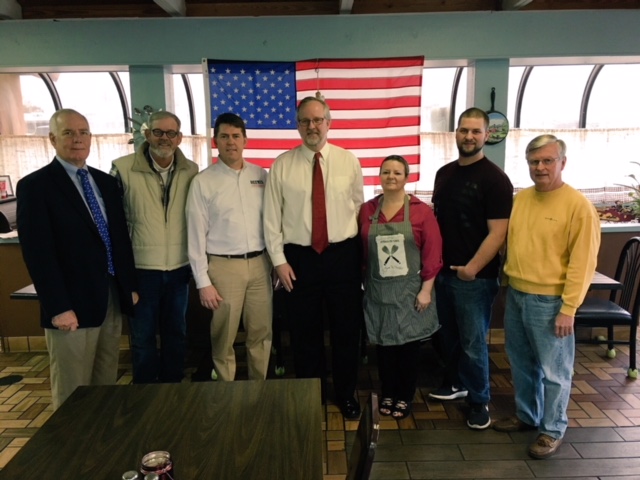 NASHVILLE, February 12, 2018 — The National Federation of Independent Business, Tennessee’s leading small-business association, has endorsed Shane Reeves for the open seat in Senate District 14. The endorsement was made today at NFIB member Barb’s Corner Café in Shelbyville by the NFIB Tennessee PAC, which is comprised exclusively of NFIB members.

“The choice for small business in the special election for State Senate District 14 is clear. Shane Reeves has been a great friend of small business for many years in Tennessee, and he’ll be an exceptional advocate for entrepreneurs as a state senator,” said Jim Brown, state director of NFIB/Tennessee. “Shane is a successful small business owner and job creator who believes passionately in free enterprise and free market solutions. He’ll make a big difference for small business in Nashville.”

A longtime NFIB member, Reeves has an extraordinary small business pedigree. He served as NFIB/Tennessee’s Leadership Council Chair from 2008-2009 and was named an NFIB Small Business Champion in 2006. Brown said Reeves’s personal engagement in major reform efforts over many years has helped propel significant economic growth and job creation in Tennessee.

“NFIB is the leading small business advocacy group in our state and nation, and I’m honored to receive their endorsement,” said Reeves. “NFIB is a consistently strong voice for small business, and I’m eager to work with their team to eliminate unnecessary regulation and ensure out tax structure is favorable for further growth for small businesses in our district and across Tennessee.”

The NFIB Tennessee PAC’s endorsement is critical to the Reeves campaign. Small business owners and their employees vote in high numbers and are known for actively recruiting friends, family members and acquaintances to go to the polls. NFIB has pledged it will activate its grassroots network on behalf of the campaign. NFIB’s political support is based on the candidates’ positions and records on small business issues.